I had a great time in Sacramento, enjoyed genuine hospitality and met many interesting people. The reception was a blast. I talked my face off for three hours, and had great conversations.

Below are a few shots of the installation the afternoon before the craziness began this past Saturday night. It’s a real trip to see your paintings properly presented in one place with care and attention. 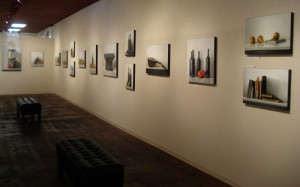 I’ll be taking a bit of a breather so the blog will be quiet for a few weeks. I’m looking forward to returning with some fresh pieces.

I’ll be in Sacramento for the reception for the show at the Elliott Fouts Gallery on Saturday, June 13th from 6:00pm to 9:00pm. It’s Sacramento’s Second Saturday event, so there will be plenty to see and do!

The gallery is located at 4749 J Street: 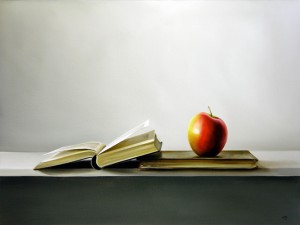 After getting the garden in, spending more time than usual playing in the dirt and going for long walks with the kids for the past few weeks, I did manage to actually get this painting done. Now I have to buckle down and get a bunch of commissions completed. Dang, I just know the summer sunshine is going to taunt me…

If you have the computing power and want to see the paintings included in my show in Sacramento in high resolution (so you can really scrutinize the work), click here. Below is a small version of the same thing.

In 1919 a young man named Robert McPherson was serving as a medic in the Canadian 29th Infantry Battalion during WWI. He picked up this mandolin second hand in Belgium before he returned home. In 1965, as an elderly man, Mr. McPerhson befriended a young man and his family who were renting a cabin on the same property he lived on and eventually gave them the mandolin as a gift. My connection… I know the sister-in-law to the once young man in the 60s who received the mandolin from Mr. McPherson. He was kind enough to lend me it as a subject for painting.

I’m fascinated by the lineage and connected stories objects can have. It’s easy to conjure up visions of a young soldier playing the mandolin, likely one of few momentary escapes in what would have been an unimaginable time.

I did some research and found these two photographs of the 29th Battalion. There’s no way of knowing if Mr. McPherson is in these photos or knew these fellows, but they give perspective to the time, place and atmosphere. 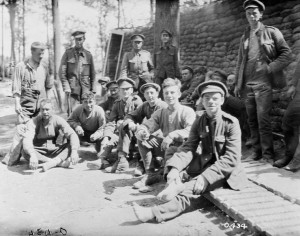 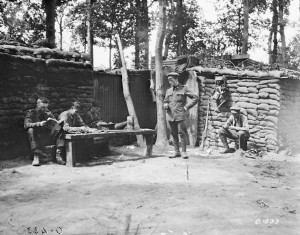 I finally got my hands on the June 2009 issue of Southwest Art magazine… where I’m referred to as Christopher Scott. Still, I must say it is really an honor to be in the magazine! Click on the image to see it large and give it a read. 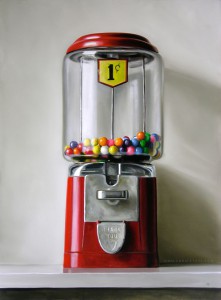 Hanging for the month of June at the Elliott Fouts Gallery in Sacramento is my two-man show with Manuel Nunes.

This large bubble gum machine is in the show. I did this several months and it’ll be nice to see it again during the reception for the show, during Sacramento’s Second Saturday on June 13th. It’s been some time since I have seen my work together hanging in a space. You get such a different perspective for paintings when you see them properly lit… and not in a messy studio.